The Community of Writers turns 50 this year. A new book highlights how the Olympic Valley retreat steered California’s voice 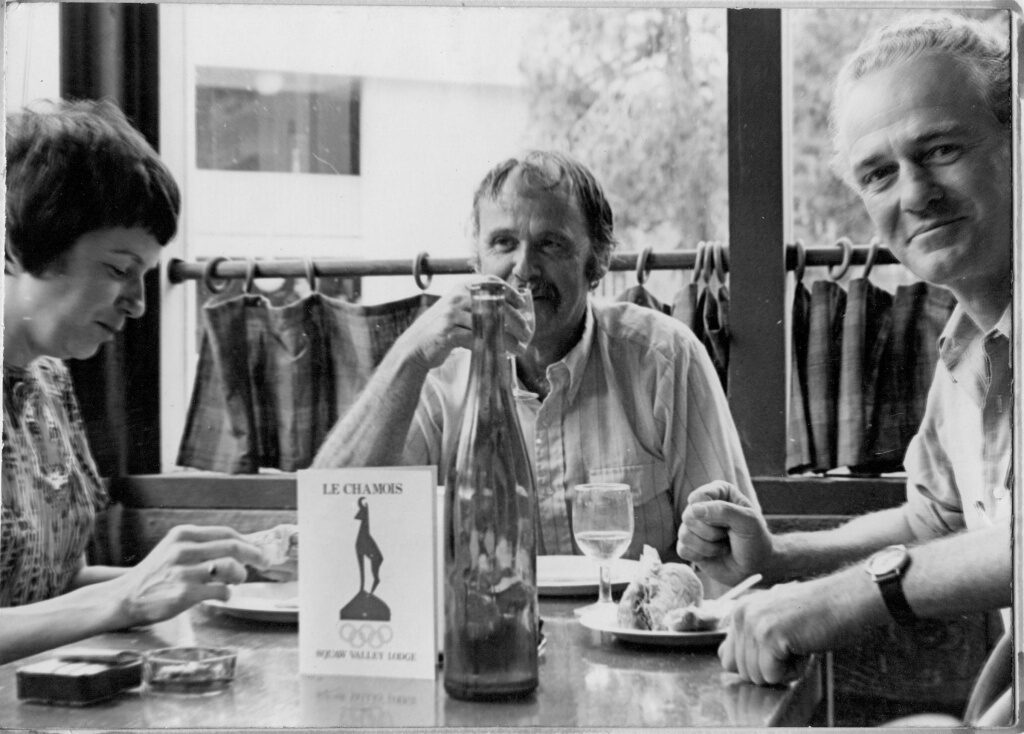 In late 1969, California’s literary scene was in trouble.

John Steinbeck, Robinson Jeffers, Jack Kerouac, Raymond Chandler and Dashiell Hammett had died in the last decade. The San Francisco Review had recently folded, and Rolling Stone magazine would eventually move its headquarters from the Bay Area to the publishing industry’s brain trust of New York. San Francisco’s theater scene was also dormant, mostly because the nation’s best playwrights were flocking to other creative hubs.

The Golden State’s place in American letters had started strong, launching the careers of Mark Twain and Ambrose Bierce, inspiring the work of Jack London and elevating nature writing through the pen of John Muir. Yet, as the man-perms and gold medallions of the 1970s loomed, there were questions of whether California’s influence on the written word was ending.

Now, the retreat they were contemplating in 1969 celebrates a half-century of discovering new writers from the West. And it hasn’t just bolstered esteemed careers; its mountainous vistas have been a kind of fortress of solitude that’s guarded the state’s literary identity. That achievement is being marked with “Why to These Rocks,” a new collection of poems born from the power of community and lasting inspiration of an unspoiled alpine hideaway.

“Why to These Rocks” comes out Saturday, April 13, through Heyday Books, a Berkeley publisher that has specialized in California history and ecology for 47 years. A pre-launch virtual event is scheduled for 6:30 p.m. on Thursday, March 11, with readings by poets Sharon Olds, Robert Hass and others.

Last summer was the first time in 50 years Diana Fuller didn’t go to that place she calls “the valley.” The veteran actress and film producer got her first taste of it when she was 19, working as an entertainment emissary for the 1960 Winter Olympics being held on its slopes and ridges.

Back then, this sanctuary of pine and granite was called Squaw Valley. As time passed, many started calling it Olympic Valley. Whichever name is used, Fuller has always loved the place. She moved there in 1968 after marrying Blair Fuller, the novelist and pioneering editor of the Paris Review. She and Blair, along with the author Oakley Hall and his wife, the photographer Barbara Hall, were the founding members of the Community of Writers.

Now, only Fuller remains to tell the tale.

“How do I start the story?” she said with a laugh. “There once was a beautiful valley?”

According to Fuller, she and Blair met the Halls the first year they lived in the Sierra’s awe-striking isolation. Oakley Hall had published 11 novels by then, including his finalist for the Pulitzer Prize, “Warlock.” Blair, who would twice win the O. Henry Prize, had just been recruited by Wallace Stegner to teach at Stanford University. The Halls and Fullers became fast friends, though they wanted more artistic types to join them in the valley.

“When you’re up in this godforsaken but beautiful area, you’d like to find people like yourselves who you can talk to,” Fuller recalls.

The original writers were the late David Perlman, the Chronicle’s award-winning science reporter for nearly eight decades, and Barnaby Conrad, a San Francisco-born nightclub owner, author, boxer and bullfighter. Conrad and Perlman swam, hiked, played tennis and partied with the group, all the while talking life and literature.

“In those first years, there was lots of drinking and lots of madness, and it was really, really fun,” Fuller said. “For me, it’s a story of beautiful places and beautiful people — interesting people. Then, it became about how do you share that with others?”

With help from the UC Davis extension program, the Halls and Fullers turned their creative soirées into an official retreat in 1971. They called it the Community of Writers. Oakley Hall focused on mentoring regional novelists, while Blair handled finding and fostering new playwrights who could jump-start San Francisco’s theater scene. Over the decades, both were successful. The California novelists who have studied in the valley include Amy Tan, Kem Nunn, Alice Sebold and Janet Fitch. The screenwriting program has also left a mark, most notably through the work of Anna Deavere Smith, Gill Dennis and Tom Rickman.

In 1985, the globe-trotting wordsmith Galway Kinnell began to make the Community of Writers a force in the poetry world. Important poets had already been showing up: Mark Strand, Maya Angelou and Philip Levine, to name a few. But Kinnell had a new vision. He and Olds, who both went on to win the Pulitzer Prize, created a stand-alone conference held on a different week. Unlike the other programs, it would not focus on sharpening existing material but rather on creating entirely new poems written in Olympic Valley. It would be a week of penning stanzas inspired by morning nature hikes and endless wildflower-gazing — and the meadows’ quiet, uncanny stillness.

“It turned out to be a very powerful experience for just about everyone who was connected to it,” Olds told The Chronicle. “We had before us all that beauty, all that extraordinary beauty.”

As the valley drew more personalities, the poets Hass, Lucille Clifton and Brenda Hillman also began teaching and writing at the conference.

“It’s quite amazing, every summer, to drive into that valley,” remembered Hass, who served as poet laureate of the United States in the mid-’90s and later won the Pulitzer Prize. “The flowers are blooming. There’s often still snow in the saddles between the mountains. It’s a pretty spectacular place. It would get people talking about poetry, and shared experience, and making the music and language of the world — making sense of their lives.”

“Why to These Rocks” was edited by Lisa Alvarez, a writer and former student of Hall who has long been involved with the program. She said she thinks the anthology is a rare look into how Olympic Valley directly contributed to the literature of the West.

“In the dusk before first light, above
the granite domes which look from here like
peaks but are the knees and hipbone crests
and clavicles, jaws, occipital arches
under the mountains’ fontanelles,
the stars are still just visible —
and in the binoculars clear and sharp —
but despite holding the heavy lenses
leaned against the stucco frame,
my tremor shows each star swiftly
whirling in a white-gold ring, like Saturn’s,
in one direction, then swerving, then the other,
then an hourglass, a spiral, a bedspring — the stars
Sparkle-tracing my shaking.”

— Excerpt from “Song Before Dawn” by Sharon Olds, featured in “Why to These Rocks”

The Community of Writers’ workshops are pressing on. Due to COVID-19, last year was the first time they weren’t held in Olympic Valley. This summer will see another slew of virtual writing workshops, beginning in June.

Oakley Hall died in 2008, followed a decade later by Barbara. After owning the Minerva’s Owl bookstore in San Francisco for years, Blair Fuller died in 2011. The poetry program lost its great champions Clifton and Kinnell in 2010 and 2014, respectively.

At 90 years old, Diana Fuller is living in San Francisco, still working on films and serving with the nonprofit that supports the Roxie Theater. She’s proud of everything the Community of Writers has accomplished, and she credits Hall’s daughter, Brett Hall Jones, as the driving force that’s made it a healthy, popular nonprofit. Fuller said that while the community has revved up the written word in California, it has now grown to be something much more.

“Today, I think it has one of the best poetry programs in the world,” she said.

Community of Writers virtual workshops: For details on this year’s summer workshops, go to wwww.communityofwriters.org.