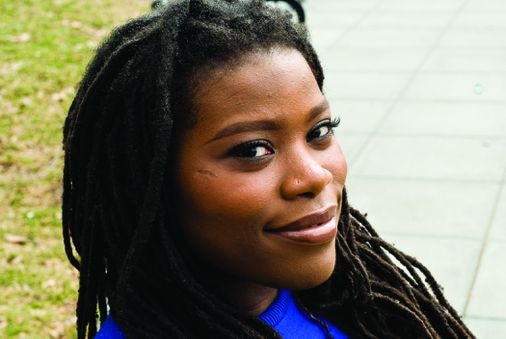 Vladimir Nabokov used to say that Russian is spoken with a “broad and constant smile,” because Russian vowels are like oranges and English ones are like lemons. In line with that analogy. Valerie Miles, the co-director of UK-based literary magazine Granta, says Spanish vowels remind her of grenadine seeds or machine-gun bullets: “Short and very fast.” After Japanese, Spanish is the fastest language in the world, with the highest number of syllables pronounced per second and with a vast and exuberant vocabulary, thanks in no small part to speakers in Latin America. Granta has emphasized this richness of language in its latest list of the best 25 Spanish-language novelists under the age of 35, compiled 11 years after its first and which includes writers from four continents. The list was presented by Miles at Madrid’s Cervantes Institute on Wednesday.

“One of the main differences in this selection is that many of these young writers pay particular attention to the sonorous qualities of the written word,” says Miles. “They have a keen ear for capturing the intonation and the subtle idiomatic twists of different geographical areas. And that applies not only to dialogue but in terms of incorporating a narrative voice.”

Miles also drew a distinction between the generation of writers included on the first list in 2010 and this one, the first dedicated to young Spanish-language writers by the Barcelona edition of Granta, which is published quarterly. As on the 2010 list, there are veteran prize-winning writers included such as Ecuador’s Mónica Ojeda, the Cuban Carlos Manuel Álvarez, Costa Rican Carlos Fonseca and Spain’s Cristina Morales, as well as debut novelists like 26-year-old Tenerife-born Andrea Abreu.

The predominant profile on Granta’s 2010 list was that of the urban, cosmopolitan writer and in the case of those Latin Americans included, a stint in Europe was practically obligatory. Among them were Santiago Roncagliolo, Andrés Neuman, Alejandro Zambra and Patricio Pron. A pattern of linear continuity in the biographies of the pillars of a boom that is now falling silent. “This canon is making a break with that generation, perhaps because of the greater democratization of editorial access,” says Miles. “Today they are writing from completely different places and don’t feel the need to employ urban language. They have lost the complex that dictated to write well in Spanish was to write in that way.”

“The internet has also helped to break that hegemony of having to go to the big cities to read other things,” says Diego Zúñiga, one of the 25 writers on the list who sets his novels in his hometown of Iquique, in the north of Chile. His story Una Historia de Mar (or, A Story of the Sea) is a homage to a city forgotten by Chilean literature where a world champion spearfisherman, Chungungo Martínez, resides. “I’m not afraid to use words that people maybe won’t understand. The word Chungungo, for example, is one that not every reader needs to know, but it has a sound that I wanted to include in the text,” Zúñiga says.

The range of stories produced by each of the 25 authors on the list is evidence of a geographic and linguistic paradigm shift. José Ardila writes from a small village in the rural depths of Antioquia, Colombia. Miluska Benavides is based on Peru’s mineral-producing coast. Martín Felipe Castagne works from an Argentinean mountainside. Musicality and the desire to capture sound are also present in Abreu’s “Canarian pizzicato,” as Miles describes it, and in the declamatory tone of Morales’ ode to female karate fighters. Speaking to EL PAÍS, Morales states her preference for consigning neutral Spanish to the past. “I give thanks to God if my colleagues and I have overcome this canonical requirement. Hopefully, that is the case and hopefully, texts published in 2021 can be wildly provincialist, oral and follow the glorious path of illegibility.”

The days when female writers were associated with a single genre, or with themes like family, domesticity or intimacy, are behind us

Ojeda, whose new work, featured on the list, is a tale based on an Incan ceremony, describes the written word as “sensorial, musical, rhythmic, atmospheric… when you write you are composing a specific cadence that you feel with your whole body. That is literature: the word that, as in a magic trick, transforms matter because it passes through it. To not place faith in this dimension of writing would be to waste its potential.”

The 2021 Granta list also underscores that there are many female authors like Ojeda leading these changes in Spanish-language literature. The introduction in the Spanish edition of the magazine reads: “It is to a large degree women who are leading formal preoccupations along a new path. We have received more nominations for women than for men in countries like Spain and Argentina, and an even split in Chile.” On the 2010 list, there were 17 men and five women, with Spain and Argentina the most-represented countries. In the latest selection, the balance is 14 men and 11 women with Spain (six) and Mexico (four) providing the highest number of writers per nation and Cuba (three) enjoying greater representation.

Aniela Rodríguez believes that many of these authors are trying to experiment with language as Fernanda Melchor did, or with genres like Samanta Schweblin or María Fernanda Ampuero. Rodríguez, born in Chihuahua in 1992, is one of the youngest authors on the list and her tale of a fisherman carrying a dead child is a modern incarnation of the oral style of Mexican writer Juan Rulfo. “The days when female writers were associated with a single genre, or with themes like family, domesticity or intimacy, are behind us,” she says.

Although Chilean writer Roberto Bolaño remains one of the key reference points for many of these authors, one of the writers most often mentioned among those selected by Granta is Sylvia Plath. “Despite not being a figure of reference for me, it really caught my attention and I think it’s very exciting that the writer most cited as a model is a woman, a poet on a list of novelists, and one who wrote in English,” says Andrea Chapela, another of the selected writers. “It says a lot about things like putting more emphasis on affection at the heart of the work, of care with language and a more embodied style of writing.”

However, Plath’s presence can also be interpreted as a reflection of current concerns in Spanish-language literature about shining a light on gender violence. Aura García-Junco was surprised to learn of Plath’s popularity among the authors on the list “although it makes perfect sense because she was very much in the shadow of her husband, something that we have re-evaluated, and also there is that vein of a violent situation running through all of her work.” García-Junco is one of three female Mexican writers on the list and her novel Mar de Piedra (or Sea of Stone), an extract of which is published in Granta’s Spanish edition, speaks precisely about femicide in Mexico, in a world somewhere between fantasy and dystopia in which women who have disappeared can end up as statues on Mexico City’s Avenida Madero. “I wanted to reflect how missing people in Mexico become part of the land again, despite being unaccounted for,” she says. “They leave traces that transcend their own existence, in the social fabric; they are a reminder that nobody is safe.”

For the 25 writers on the Granta list, being chosen among the best Spanish-language authors of their generation is a calling card for the English-speaking editorial world of the United States and the United Kingdom. Founded 132 years ago, Granta earned its mythical status when it began publishing its lists of up-and-coming writers in the second half of the 20th century. In 1983, the magazine tipped a group of thirty-somethings including Ian McEwan, Martin Amis, Julian Barnes and Kazuo Ishiguro for greatness. Every story and extract for this latest edition has been translated by some of the most recognizable names in the business – Esther Allen, Sarah Booker, Sophie Hughes and Daniel Hahn, among others – as well as Valerie Miles.

Among the jury for the 2021 list were the co-founder of Granta’s Spanish edition Aurelio Major, the literary director of the Booker Prize Foundation Gaby Wood and the writers Horacio Castellanos Moya, Rodrigo Fresán and Chloe Aridjis.

‘The Book Smuggler’: a literary celebration of Arab thinking translated into English